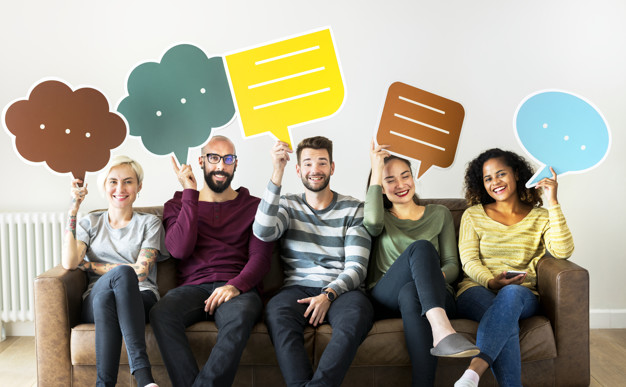 Communication to consumers started with a messenger running around the town, playing a drum and shouting the message aloud. The local markets generated the buzz and people visited for necessary trade activities. Times evolved and with industrial revolution trade became wider and complex and so did the communication. The vocal messaging not only transformed but also grew it’s branches like the modern age OOH, ATL & BTL.

Change is the only constant and the same is again experienced by global markets and communications related to it. Human kind has propelled to the digital world, markets have gone online and communication is now on online social platforms. The nature of communication has drastically changed from being one sided to two ways now. It has become more engaging and interactive.

The consumers today not only listen to organisations but live with them, talk about them and form a larger group to generate perceptions. For organisations the situation is too delicate to be ignored. Various social listening tools are used to capture and revert on consumer’s reactions. We may discuss the tools later however what we concentrate more in this blog is on few organisations who have taken a substantial lead in this content generation race.

Forward looking organisations today do not restrict their content creation to in-house teams or agencies. They actually play around with communications in a way to make people generate content while engaging with the product. People love getting recognized and with smartphone consumer penetration increasing rapidly consumers are participating much more in this

Being easiest to consume Video Production / Infographics / use of imagery has evolved as the most impactful medium of communication. Some useful strategies for engaging content generation are

Crowdsourcing: Organisations bring in engaging campaigns to motivate consumers to generate share worthy content. Remember the huge billboards around your town with images clicked by random people with a simple tag #shotonIphone. Apple gave it users an opportunity to contribute and get recognized at a big platform resulting which content was generated in huge numbers around the globe. Coffee Cafe Day did a similar thing with asking users to post images of different views with coffee mugs. Organisations are looking much more for user generated content

Real Time Content Contribution: Social media is open to all and organisations are leveraging this by allowing their users to participate real time in content creation. They are indeed getting braver by allowing consumers to generate content as in such scenario content control shifts a bit from the organisation. Various hashtags are generated to create such content and platforms like twitter and instagram are leveraged the most. @apple is the official apple Instagram account which somewhat seems the extension of the very successful #shotonIphone.

Use of Influencers: Organisations run campaigns online and use influencers to engage consumers and generate the buzz. Organisations take high care for choosing the correct influencer. Recently coke started a campaign as #ShareACoke. They had bottles of various relations which the consumers can gift. Coke strategically partnered with strong influencers like Ryan Seacrest and Selena Gomez. Lenovo did a similar tactic with online launch of its smart phones with Ranbir Kapoor.

Marketers today are brave to experiment, open to let consumers talk, more vigilant to the slightest of buzz and hungrier than ever for any consumer engaging opportunities.